As it is well known, the social network Twitter is an important tool necessary for the dissemination of information in a fast and concise way, serving blogs as a support to disseminate its contents among a wide audience in an interactive way.

Currently, an official plugin of this social network has been enabled for WordPress, one of the most important platforms for Blogging, perhaps the most dominant in these days.

With this Twitter plugin for WordPress, available in the WordPress repository (download here), you will have a perfect connection to the platform in real time, avoiding all those problems such as the error of empty widget, which afflicted many users who used unofficial widget tools provided by third parties.

What does the Twitter plugin for WordPress offer us?

This new plugin offers several benefits to users, including the following:

This Twitter plugin offers many facilities, however, it has a primary requirement for the plugin to perform its functions, this is PHP 5.4 or higher enabled previously on your server.

Without this program, the plugin can be enabled but has no functionality, since the widget is not activated and its configuration page is not available. The only way to detect this error is to have previously activated the WP_debug, something that most people don’t do.

Once PHP 5.4 or higher is installed, the widget will start its functions on a regular basis, so that it will have its configuration and adaptation to customize it according to your taste.

Finally, it is worth mentioning the new resource known as «Input Editor», which is a very enjoyable and functional tool for community managers.

They will have the ability to customize and manipulate the dissemination of their content on Twitter, as accurately as possible through the inclusion of dehashtags (labels), or custom Twitter cards. 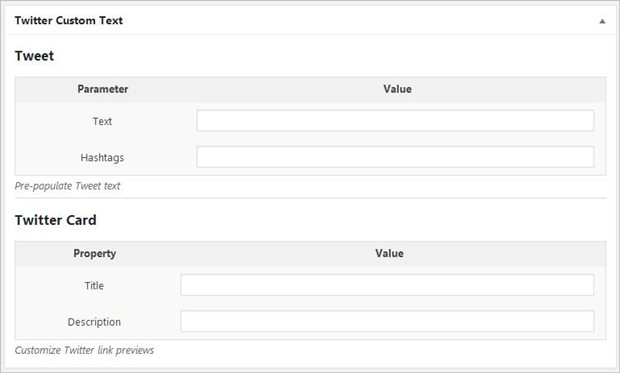 Bonus: We don’t want to leave without leaving you with a video where you can see the installation and configuration of the official Twitter plugin for WordPress. It’s very simple!

Video – How to install the official Twitter WordPress plugin

What did you think of this WordPress plugin for Twitter? Did you know him or have you tried it? You know, any questions or queries you may have can be left in the comments section right down here.

Now, we just need to ask you to help us share this page in your social networks so we can reach more people who need to receive information about the Twitter world. Just click on one of the buttons below. Thank you very much!

Any cookies that may not be particularly necessary for the website to function and is used specifically to collect user personal data via analytics, ads, other embedded contents are termed as non-necessary cookies. It is mandatory to procure user consent prior to running these cookies on your website.