In the modern world, the use of applications and social networks is the trend for the development of human relationships.

It is coming to be applied in such a broad sense that they have even been integrated as something fundamental and of daily use in the life of today’s human being. In this context, Twitter and Instagram are two great social networks that have become very popular in the collective.

Twitter is a long-lasting social network compared to Instagram, as it was released to the public in mid-2006, taking solid recognition and fame since then.

Instagram, on the other hand, was inaugurated for 2010, gaining a rapid popularity among young audiences.

Both networks have different meanings and configurations. However, despite their differences, many people cannot avoid establishing a relationship and subsequent comparison between the two networks, assuring that some are better than the other or that their functionalities are more complete and extensive than the other. 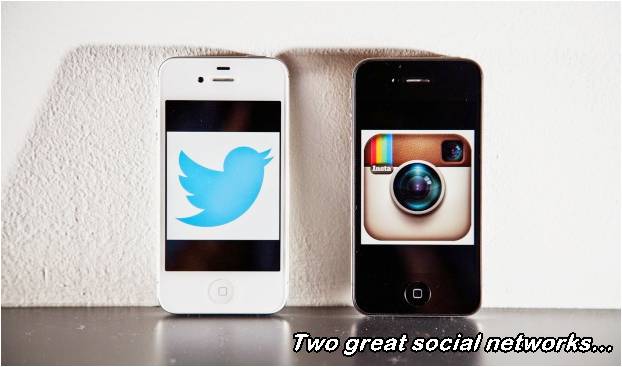 If you want more information like this, you can read here.

For its part, Twitter is a social network of microblogging, which is based on rapid communication through a message posted on the user’s home page. This message is called «Tweet» and its length does not exceed 280 characters.

It is a network where long-distance messages are not allowed, which has led to it being recognized among some communities as «SMS Internet».

In another sense, Instagram is a social network and mobile application for smartphones based on sharing photos under your user profile, which you have the ability to modify and apply certain textures using certain tools provided by the application.

It is an app that became quite popular after its release, due to the novelty of the interface and the practicality of sharing photos taken with the smartphone camera almost instantaneously.

These networks have a variety of differences, which are greatly enhanced by looking closely at both platforms.

The main one of them in the way of presentation and use of the platforms. Twitter is primarily oriented to be used in desktop applications for computers, so that it is accessed through your web address.

Instead, Instagram was designed for use on smartphones and tablets, so that the user accesses it through an application purchased through the App Store.

Studies according to number of users and time of use

A study has been carried out by ComScore (click here), in which certain aspects such as the following are taken as key points for the evaluation:

In this study it was found that there are more users in Instagram at the moment, and that they spend 257 minutes in the Instagram application sharing, ranking and commenting photos.

This is a fairly high average usage compared to 170 minutes when Twitter users stay immersed in the web reading Tweets.

Now, we just need to ask you to help us share this page in your social networks so we can reach more people who need to receive information about the Twitter world. Just click on one of the buttons below. Thank you very much!

Any cookies that may not be particularly necessary for the website to function and is used specifically to collect user personal data via analytics, ads, other embedded contents are termed as non-necessary cookies. It is mandatory to procure user consent prior to running these cookies on your website.